What the heck is a mortgage, & why would I need one?

Home » What the heck is a mortgage, & why would I need one? 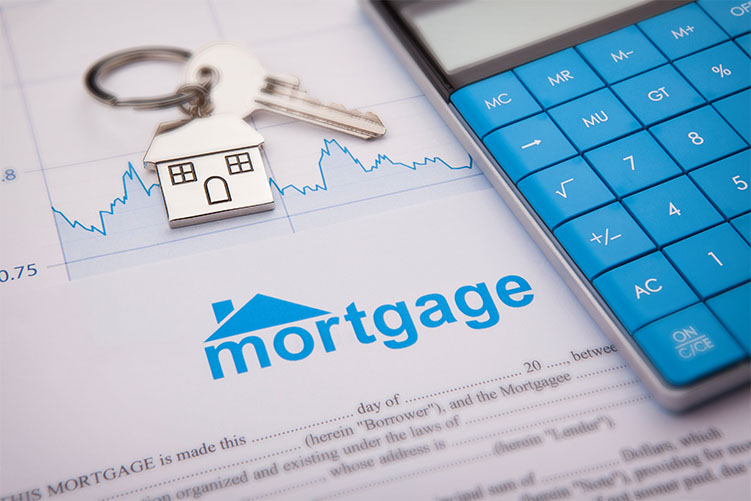 Don’t get us wrong, we think schools are great and all. But there are gaping holes in the curriculum when it comes to things you really need to know to prepare you for adulting. Like what the heck ‘mortgages’ are, for instance.

Growing up you hear about mortgages on adverts, and hear adults complain about them- and you know it’s something to do with owning a house. But it’s not uncommon to get pretty old before you actually learn what they are and how they work- and that’s usually when you’re trying to get one!

The person writing this says that as someone with first-hand experience. I’m currently trying to buy my first house as we speak, and it feels like trying to navigate a maze. A very complicated one, where there are a lot of obstacles you have to get past very quickly all while trying not to shackle yourself to a very expensive mistake. So we thought this blog would help to break down all things mortgages for you, with some useful info that will help you understand what on earth a mortgage is, why you might want one, and what you can do when you’re young to help ensure you’re best placed to be a homeowner in the future.

Okay, so what is a mortgage?

A mortgage is basically a loan that allows you to own property. Because property is *very* expensive, banks want to be sure they’re going to get their money back. So it’s a loan that’s secured by allowing you to borrow against the value of the property. That might sound confusing, so here’s a little role play which might help that to make sense:

YOU: “Hello bank, I’d like to buy a house and it costs £150,000. I don’t have that much money though, BUT I do have a decent size deposit*, and regular income from a job. Can you lend me the rest of the money I need to buy the house please?”

BANK: “Hm, well you seem trustworthy**, have a stable job, are earning enough money to keep up the monthly repayments, so sure! We’ll lend you the money.”

BANK: “But if you stop paying us the right amount of money each month, we’ll take the house. Then we’ll sell it to make the money back you owe us. If you agree to that, then the house will be yours until you’ve paid back the loan in full.”

Hopefully, that makes sense! Essentially the house will be yours as long as you keep up the repayments. This takes about 25-35 years on average, but can be more or less depending on certain factors (like how large your deposit is, and how much you repay each month).

*A deposit is a sum of money which you put towards a house. Usually, you need at least 5% of the value of the property to get a mortgage, but it’s easier to get a mortgage if you’ve got a larger deposit. It also makes your monthly repayments smaller.

**By ‘trustworthy’ what they really mean is you’ve got a good track record with money, which is what’s called your ‘credit rating/score’. But more about that later.

Mortgages sound like an expensive hassle…why would I want one?

This is a good question. Not everyone wants or needs a mortgage. They’re up there as one of the biggest financial commitments you’ll ever make in your life, so it’s not something to be taken lightly! But there are certain advantages that come with being a homeowner. Putting your money somewhere secure is a big one. You might have heard about people “putting their money into bricks and mortar”? Well, that’s pretty much saying that, by investing your money into property, your money is safe from whatever might be happening in the economy. Property tends to hold its value pretty well, even in times of economic hardship, which makes it a pretty safe investment. But as with any investment, there are no guarantees.

The other thing is that we all need a roof over our heads, and those roofs come at a cost! Instead of having to make monthly rental payments which you’ll never see again, by paying off a mortgage each month, most of that money is still yours- it’s just invested in your house. This is called ‘equity’. If that’s a bit tough to get your head around, here’s a hypothetical rental scenario vs a mortgage scenario:

You pay £700 a month to rent a property to live in, but you don’t own the property. All the money goes to your landlord, and it’ll probably go towards them being able to pay off their mortgage. After 12 months you’ll have spent £8,400 but you won’t get any of that money back.

Bear in mind that the numbers are made up- when it comes to getting a mortgage, the amount you’ll pay back and how much of that is interest will vary depending on your deposit, the value of the house, and how many people are going in on the mortgage with you etc. In this example, we’ve made the cost of rent the same as the cost of the mortgage repayments, but usually, this isn’t the case, especially for first-time buyers with a relatively small deposit. A lot of people continue to rent because they can live in a bigger or better property than they could otherwise afford to own themselves.

Okay, so what do I need to know about getting a mortgage?

The first thing is that, unless you’re lucky to get a lump sum of money from a family member or an inheritance, to get on the property ladder you’re going to have to save, and save early.

For instance, there’s often a fee simply for securing the mortgage, and if you get a mortgage broker (someone who does the shopping around for the best deals for you) they can cost a good few hundred pounds too (However, there are some who won’t cost you a penny as they recoup their costs from the bank). Plus you have to get surveys done (to make sure the house isn’t going to fall apart or anything) and pay for a solicitor to sort out all the legal stuff, then there are moving costs…all in all it costs thousands of pounds to move house. So you have to get that money saved up on top of your deposit. It’s expensive!

The other thing you should know is that banks only want to lend money to people who are trustworthy financially. They work this out by doing “credit checks”, which effectively is a way of them seeing how good you are with your money, and most importantly, how good you are at paying money back when you owe it. That means things like paying bills and rent on time, not being in credit card debt etc. That’s why getting into good habits financially when you’re young can help set you up for an easier financial future when you want to do things like buy a house.

There are also lots of different types of mortgages, with lots of vocabulary which can be really intimidating and confusing to understand. But the good news is that there are people who can help you with that along the way- and you don’t have to worry about that too much until you’re shopping for mortgages. It’s worth bearing in mind that people want to help you get on the property ladder, so there’s plenty of help along the way, so don’t be put off if it all sounds confusing right now.

I’m not going to be worrying about a mortgage for ages. Why should I be thinking about it now?

Because the earlier you start saving and thinking about your finances, the more money you’ll have in the future. This is going to sound incredibly boring, but getting a savings account as early as possible and getting used to depositing regular amounts of money into it each month will be setting you up for a much happier financial future. I know, I know- I can practically see your eyes glazing over. When you finally have access to money of your own you just want to spend it, believe me, I know the feeling! But I also know the feeling of seeing that first £1000 in your bank account that you saved all on your own, and the kick you get from knowing what you could do with that. Then it grows to £5k, and the possibilities grow even more…it’s pretty addictive! You can also set up different savings accounts for different things, so it doesn’t all have to go towards an imaginary future house. For instance, if you know you want to go travelling, set up an account for that, and another one for your future home. Maybe you’ll put more in your travelling one while you’re young, why not? Life is for living after all. But getting used to saving for a home and keeping that as a ‘constant’ in your savings plan will put you in a good position when you start thinking about settling down somewhere.

The younger you start saving, the less challenging it’ll be to get onto the property ladder in the future. There are some great savings accounts specifically designed for people wanting to save for their first home, like Lifetime ISAs (LISA), for instance. These offer government bonuses of 25% to top up your contributions (up to £1000 per tax year), making your savings go further. It’s worth bearing in mind, though, that you’re penalised quite heavily for taking money out of certain accounts for anything other than buying a house, so only put away what you know you won’t need, or be tempted to withdraw.

This might all sound a bit intense, and off-putting. I can relate! But in the end it all boils down to this: houses are expensive, but banks will loan you what you need to own one, provided you have a good amount already saved and have proven you’re good with money. It really is that simple. Everything else, all the acronyms and complicated language is just stuff you can worry about when you’re closer to actually buying a house, if that’s what you decide you want to do. But the more you save, the more options you give your future self.